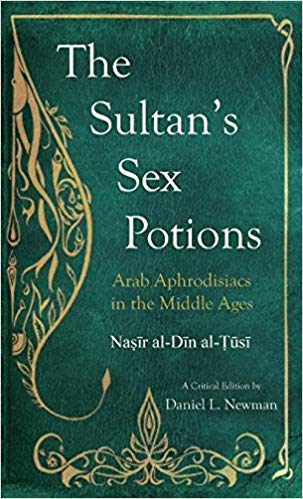 Sober and measured in tone, the work was intended to be a manual that would allow the patient to dispense with the services of a physician. Written at the request of the ruler, its potions, electuaries, syrups, and enemas enjoyed a "royal warrant of appointment" to arouse the lust for coitus and enhance sexual potency.

A Persian polymath and prolific writer, Nasir al-Din al-Tusi (1201–1274) built up a large body of work ranging across a number of disciplines including mathematics, geometry, mineralogy, astronomy, medicine, philosophy, and theology. The Muslim scholar Ibn Khaldun (1332–1406) considered al-Tusi to be the greatest of the later Persian scholars.

Daniel L. Newman is head of the Arabic Studies department, professor of Arabic, and course director of the MA in Arabic–English Translation and Interpreting at the University of Durham, England.