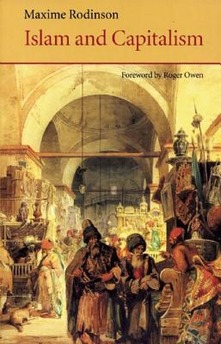 Islam and Capitalism is a learned, engaged rebuttal of the cultural reductionism of Max Weber and others who have tried to explain the politics and society of the Middle East by reference to some unchanging entity called 'Islam,' typically characterised as instinctively hostile to capitalism. Maxime Rodinson looks at the facts, analysing economic texts with his customary common sense, to show that Muslims never had any trouble making money.