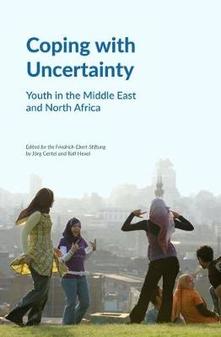 Seven years after the Arab uprisings, the social situation has deteriorated across the Middle East and North Africa. Political, economic and personal insecurities have expanded while income from oil declined and tourist revenues have collapsed due to political instability. Against a backdrop of escalating armed conflicts and disintegrating state structures, many have been forced from their homes, creating millions of internally displaced persons and refugees. Young people are often the ones hit hardest by the turmoil. How do they cope with these ongoing uncertainties, and what drives them to pursue their own dreams in spite of these hardships? In this landmark volume, an international interdisciplinary team of researchers assess a survey of 9,000 sixteen- to thirty-year-olds from Bahrain, Egypt, Jordan, Lebanon, Morocco, Palestine, Syria, Tunisia and Yemen, resulting in the most comprehensive, in-depth study of young people in the MENA region to date. Given how rapidly events have moved in the Middle East and North Africa, the findings are in many regards unexpected.